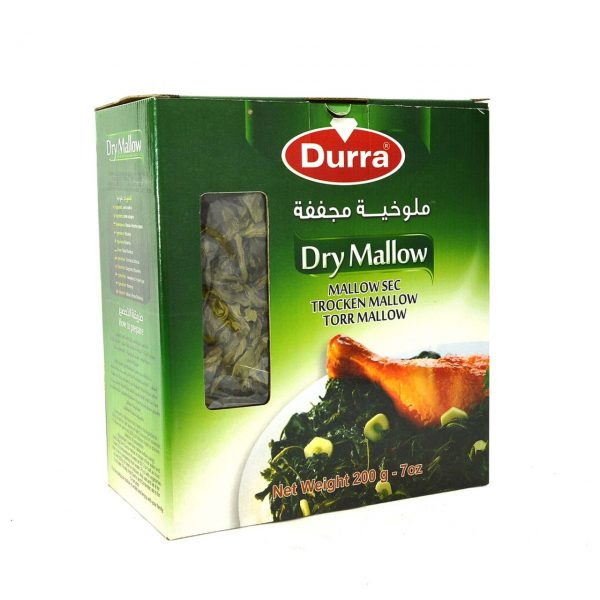 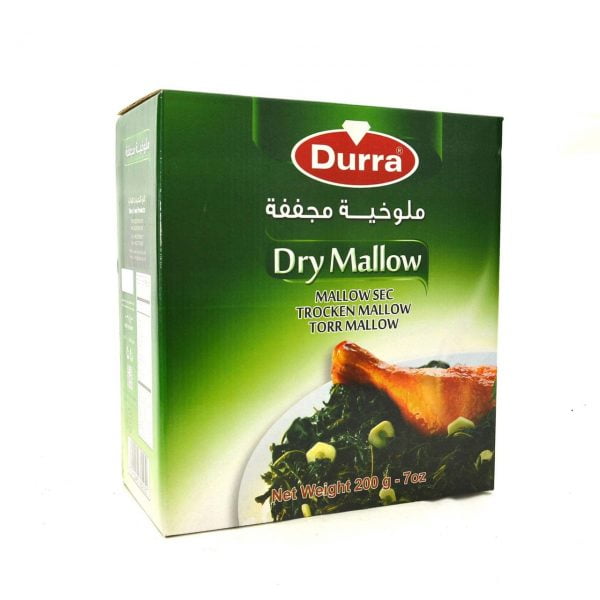 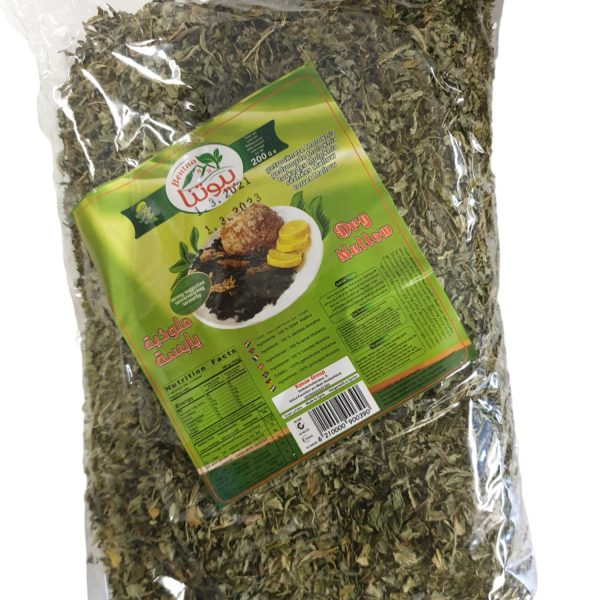 Dry mallow is the leaves of Corchorus olitorius. It is popular in the Middle East, East African and North African countries. It’s rather bitter, and when boiled, the resulting liquid is a thick, highly mucilaginous broth; it is often described as “slimy”, rather like cooked okra. It may be dried like the one we have on our menu. It’s generally eaten cooked, not raw, and is most frequently turned into a kind of soup or stew. Traditionally it’s cooked with chicken or meat and is served with white rice, vermicelli, and accompanied with lemon or lime.
This plant is rich in iron, plus, it helps to calm the nerves and strengthen the eyesight and stimulate heartbeat.