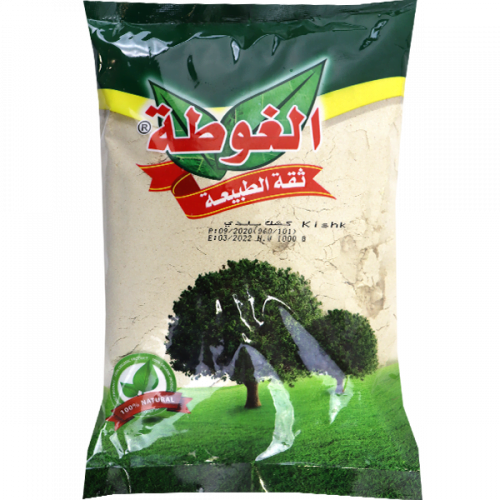 The keshk or what is known in some Arab countries as "Jamid", is a mixture of milk and burghul (crushed wheat) and varies according to the types of burghul, such as soft, coarse or other wheat. After mixing it with milk yoghurt well, it is put in the sun to dry well and then taken to the mill , and placed in a place away from moisture, and stored for a full year and used in different dishes , and prepareing the kishk in the house is easy and it is also sold in the Syrian and Jordanian shops, the kishk also contains proteins that help to grow and to renew cells and it is full off starches that extend the body energy.